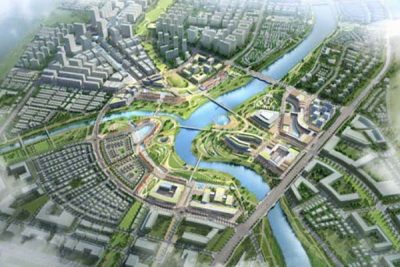 The unprecedented level of urbanisation witnessed all over the globe brings opportunities and problems to governments, businesses and the society at large. The pressure on urban spaces reinforces the need for smarter, more resilient cities. Under the government’s flagship Smart Cities Project, launched in June 2015, 100 cities have been identified to receive funding to implement their plans in a project-based manner. The initial deadline for the completion of these projects was set between 2019 and 2023. Unfortunately, the project has been saddled by delays, a report in Deccan Herald (https://www.deccanherald.com/specials/insight/smart-cities-mission-set-to-miss-its-deadline-883150.html) points out.

Fascinating ideas are being explored to make the cities under the Smart Cities Mission sustainable and have better standards of living. Some of the highlight attractions include new ways of urban transport, building design, healthcare and emergency services, waste management and renewable energy systems with Internet of Things (IoT) bundling it all in a smart digitised package. These cities have novel approaches in dealing with issues detrimental to residents’ well-being, like air pollution, congestion, longer commute times and reduced safety. The Smart Cities Mission statement says: “The focus is on sustainable and inclusive development and the idea is to look at compact areas, create a replicable model which will act like a light house to other aspiring cities” (https://smartnet.niua.org/smart-cities-network).

Each of the project-cities has distinct local contextual issues and is dealing with it efficiently. Let’s take a look at a few:

Such problem-solving approaches will help India take a big leap in overall development, as well as in the Smart Cities projects. Ultimately, entrepreneurs, corporations and governments’ collaborative work will determine how effectively cities transform to build a better living urban world.