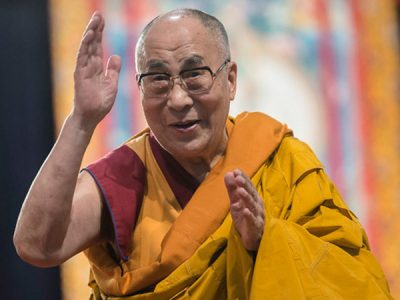 In a historic achievement for the Tibetan government-in-exile, the US Senate on December 21, 2020, unanimously passed, the Tibetan Policy and Support Act (TPSA) of 2020, that had been stuck at the Senate Foreign Relations Committee since May, 2020. Describing it as a historic decision, Central Tibetan Administration (CTA) President Lobsang Sangay, from Washington, said that the Tibetan Policy and Support Act makes it official the US policy that decisions regarding the reincarnation of the Dalai Lama are exclusively within the authority of the current Dalai Lama, Tibetan Buddhist leaders and the Tibetan people. “Any interference by Chinese government officials will be met with serious sanctions and be deemed inadmissible into the United States,” he told IANS. (https://www.siasat.com/us-congress-passes-landmark-bill-in-support-of-tibet-dalai-lama-2050716/)

The latest development will dramatically upgrade US support for Tibetans in key areas, including by sanctioning Chinese officials if they try to appoint the next Dalai Lama.

The House had previously passed the TPSA by an overwhelming margin in January. The bill had strong bipartisan support in the Senate. However, due to the unprecedented challenges this year, senators were not able to bring the legislation to the floor in time for a vote, so they included the TPSA in the spending bill that Congress passed on December 21, 2020.

Built on the historic Tibet Policy Act of 2002, the TPSA addresses every aspect of the Tibetan people’s fundamental right, including human rights, environmental rights, religious freedom, and Tibetan democracy-in-exile. It also strengthens funding for Tibetans inside and outside Tibet.

His Holiness the Dalai Lama has been commended for his decision to implement democratic governance and the Tibetan exile community has been hailed for successfully adopting a system of self-governance with democratic institutions to choose their leaders.